Made in Germany during the Weimar Period, Metropolis is set in a futuristic urban dystopia and follows the attempts of Freder, the wealthy son of the city’s ruler, and Maria, a poor worker, to overcome the vast gulf separating the classes of their city.

Metropolis was met with a mixed reception upon release. Critics found it pictorially beautiful and lauded its complex special effects, but accused its story of naiveté.

The film’s extensive running time also came in for criticism, as well as its alleged Communist message.

Metropolis was cut substantially after its German premiere, removing a large portion of Lang’s original footage.

Numerous attempts have been made to restore the film since the 1970s. Music producer Giorgio Moroder released a truncated version with a soundtrack by rock artists such as Freddie Mercury, Loverboy and Adam Ant in 1984.

A new reconstruction of Metropolis was shown at the Berlin Film Festival in 2001, and the film was inscribed on UNESCO’s Memory of the World Register in the same year, the first film thus distinguished.

In 2008 a damaged print of Lang’s original cut of the film was found in a museum in Argentina. After a long restoration process, the film was 95% restored and shown on large screens in Berlin and Frankfurt simultaneously on 12 February 2010. 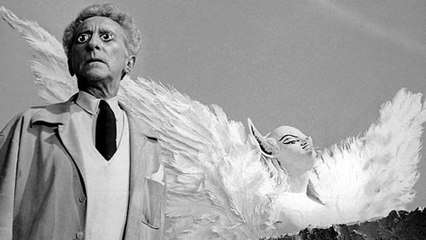